Julia Foxx slammed down the receiver and muttered under her breath, “Idiots, the world is full of idiots!!!” She rifled through the multitude of papers that were spread all over her large desk, and finally in exasperation punched the intercom button and ordered, “Marge, get in here, I need some help!” Marge Owens set aside the letter she was typing and went directly into Julia Foxx’s office. “What’s up boss?” she asked brightly. “You remember the Cambridge file?” Julia asked without looking up. “I know it’s here somewhere, but for the life of me I just can’t find the damn thing!” Marge slipped back out the door and retrieved the needed document from her own desk and returned while asking, “Is this what you’re looking for?” “Thank god,” Julia said while slumping back into her chair, “I was certain that I had left it at home.” Marge walked over around the back of desk and began rubbing Julia’s shoulders while whispering softly, “I think you need a break, your so tense!” Julia closed her eyes for a moment and sighed, “I don’t know how that fool Roberts ever became and attorney, if I ever have the urge to get involved with him again just shoot me!” “Let’s not think about him,” Marge said soothingly, “in fact, isn’t about time you went potty?”
“Ohhhhh, you’re right,” Julia replied while getting to her feet. “I do have to go!” The two women disappeared into Julia Foxx’s private washroom, whereupon Julia pulled up the hem of her skirt, allowing Marge to carefully pull down her frilly white panties! “Mmmmm,” Marge hummed, “I don’t believe I’ve ever seen these before, they’re very pretty!” “Thanks,” Julia replied while sitting her plump bottom on toilet seat, “I just got them last weekend.” With her legs spread wide apart Julia sighed as Marge gently opened the lips of her smoothly shaved vagina and held them apart while a stream of hot golden pee rocketed from her full bladder! “Feeling better?” Marge asked softly. “Ohhhhh, yes,” Julia said, “so much better!” As the last bit of pee dripped from Julia’s labia, Marge took a piece of tissue paper and gently dabbed at the full lips until it was clean as a whistle. As was usually the case, Julia caressed the young woman’s head in her arms while guiding her mouth directly to her bulging cunt! “Okay, baby, be a good secretary and suck Julia off!” “Of all the fringe benefits this job offered, “Sucking Julia Foxx’s pussy was number one!” Marge could never get enough of the over developed organ, and after taking in a deep breath of her intoxicating aroma she let her tongue slither into the gaping slit and find it’s way directly to her hard engorged clitty!!!

What was even better was how Julia Foxx framed her perfect pussy! Instead of wearing drab old panty hose she always wore a garter belt coupled with a shear pair of silk stockings! It was as if her pussy were in a picture frame, and even though she was on the north side of forty years of age, Julia Foxx had the kind of body that simply oozed sensuality! Slightly plump with a firm legs, a full ass, rounded tummy, almost huge breasts, and a very pretty face framed by a long mane of dark brown hair! On the occasions when she let her pussy go to seed, an incredible forest of pubic hair would cover her crotch from her ass hole all the way up to a super wide vee and then to a thin trail of fur up to her cute navel. It was her huge clit, however, that drove Marge completely mad! When it was engorged to the hilt it stood proud and strong, poking it’s glans out from between the folds of Julia’s pussy practically begging to be sucked! Marge bored in on the erect little organ, and while wrapping her tongue around it’s head, Julia’s body tensed up while long low moan escaped her lips as a stunning string of orgasms wrenched her pussy until it was totally spent!

“Good grief, someday you’re gonna kill me when you do that,” Julia Foxx sighed while the tingling in her pussy slowly subsided. “And what a delightful way to go,” Marge giggled while leaning up to kiss the her big titted boss full of the lips. “Mmmmmm,” Julia hummed while her secretary probed her mouth with her insistent tongue. “I have and idea,” Marge whispered after pulling their lips apart!” “W-what, what idea?” Julia asked hoarsely. “Hurry up and tell me!” “It’s just this,” Marge replied breathlessly while unbuttoning her boss’s white silk blouse. “I think it would be heavenly to rub our nipples together, don’t you?” “Oh yessssss,” Julia hissed through clenched teeth, “let’s do it!” Every time Marge saw Julia’s massive breasts encased in her sheer bras was just as exciting as the first time, and as a result she sucked a gulp of air and moaned softly while caressing the massive mammaries through the pretty fabric! “L-let me see yours,” Julia gasped, “hurry up and take your top off!!!”

As much as she loved Julia’s chest, Marge was sure that Julia loved hers even more! It was a game they never tired of playing, that being Marge teasing her boss with a slow strip tease that literally whipped her into a frenzy! First came the jacket, then the blouse, and then ever so slowly the black bra that contained her perfect 36C’s! “Jesus I love your boobs,” Julia said while reaching out to caress the pink nippled wonders. “I’m sure that you do,” Marge said lightly while backing up just out her boss’s range, “but you have to promise me one thing!” “W-what, just tell me what you want,” Julia stammered, “anything, just please let me touch them!” “Wellllllll,” Marge replied sweetly, “it’s just a little thing.” “Good fucking god, tell me!” Julia begged. “Ohhhhh, all right,” Marge teased while lifting the hem of her own skirt, “it’s just this, I want you to masturbate my clit with one of your big nipples!” At the sight of her hairy muffy Marge was sure that Julia would pass out, but instead she frantically ripped off her bra and offered a huge nub for her secretary’s use!

A wild look covered Julia’s face while she panted, “Here it is, come and get it from mama!” Julia’s normally pink nipples had taken on an almost purple hue as they stood out hard as little cocks, as if begging for attention! Marge’s pussy lurched at their mere sight, and as much as she wanted to keep on teasing her boss, she knew that it was hopeless to resist any longer! She sighed deeply, and after giving Julia a sweet little girl’s smile, stepped forward with her legs spread wide apart allowing the big titted bitch to run her huge dig up and down her hairy crack! The sensation was incredible! Julia’s hard nip snapped back and forth over erect clit, causing an electric shock to whip through her with each stroke! Now the shoe was on the other foot, so to speak, and it was Julia’s turn to have her way with the sassy cunt! While the fury in her pussy roiled out of control, Julia took her time and purposely avoided connecting her hard nipple with Marge’s hard clit! Desperately Marge tried to maneuver her pussy around to get positive contact, but the wily older woman managed to keep her nipple just out of reach! Finally in desperation Marge grabbed the fat tit from her boss and guided the excited nipple where it would do the most good, directly on her needy clit!

When it happened it washed over her like a waterfall as her pussy convulsed out of control leaving her crashing on the rocks of orgasm city! With her legs wobbly and her knees weak Marge let the huge boob slip from her hands as she leaned heavily against the wall for much needed support! Both women had the dazed look of a deer caught in the head lights of a semi, but Julia managed to pant, “And that is what it’s all about!” Marge dropped her skirt and began helping Julia put herself back together while sighing, I guess that will make you forget about Roberts, huh!” “Roberts who?!?” Julia replied with a chuckle. 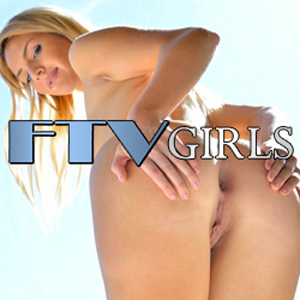