I walked into the adult bookstore as usual, hoping to find an interesting encounter but so often disappointed. It was Saturday night about 11:45 p.m. and the parking lot had a dozen cars or so. I got tokens from the clerk and headed back to the video booth area. On my way back to find a booth I caught a glimpse of a petite blonde in cut off jeans, a blouse and high heel “come fuck me ” shoes already watching a movie with her boyfriend/husband. They were hugging closely in the booth and I could see she was stroking his cock. I went into the booth across from them so I could keep an eye on the action. I started to watch some movies which only made me more horny. I could see him playing with her ass and tits. I was very nervous about exposing myself to her so I just watched for the next 15 minutes. They kept fondling each other and I was hoping their play would get more nasty. She turned around a couple of times and caught me staring at them. One time she smiled back at me and pursed her lips like she was blowing me a kiss.

They then left the booth and started back to the main area of the store. I followed a few seconds later and her friend went into the bathroom leaving this pretty woman alone in the store. She was standing by the wall that showed all the movies being played in the video booths. I couldn’t take my eyes of her short shorts. They showed off her beautiful legs and high heels perfectly. I walked up next to her and knelt down as if I was looking at the videos on the bottom row. My heart was pounding when I moved my hand to my right and brushed her leg with my hand. She didn’t flinch as I touched her so I tried again but this time I stroked her inner thigh which was exposed because of her short jean shorts she was wearing. She looked down and smiled at me. I stood up and pointing to a movie box I asked her if she had seen this movie. She said “no”. I asked her if she would like to watch it with me. She nodded yes. She handed the store clerk a newspaper and told him to tell her boyfriend who was in the bathroom that she wanted him to buy that paper for her and that she would be right back. 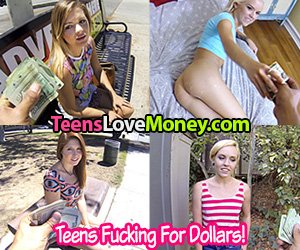