I work with a guy named Tony who’s a real ladies’ man and has probably banged half the girls in our office. We’ve been good friends and he’s never hit on me—I let him know I wasn’t on the market at our first lunch together—but we always talk candidly about sex and the sexual experiences we’ve had. At a recent lunch he told me that he and his friend Justin took one of Justin’s girlfriends out one night. He explained that it all started innocently enough with a poker game that turned into a strip poker game that turned into a three-way. He and Justin apparently turned her every way but loose, from double blowjobs to a double entry. They kept it going until they were all drained.

I said, “I don’t think an office affair would work, but if I change my mind, I’ll let you know.”

A week later, he asked me out for a drink after work and I accepted. I asked him if it would be just us or if I should bring a deck of cards, hoping he’d get the hint.

When I arrived, I looked around to find Tony at the bar sitting next to a very attractive man. He introduced me to his friend by saying, “Tracy, I want you to meet Justin,” then motioned me to a stool between them.

We made small talk while getting acquainted. After the second drink the conversation came easier and so did I, allowing my skirt to ride higher up my legs. Justin complimented me by saying, “Tony told me that you were intelligent but he didn’t mention that you were so beautiful and have such great legs.” I thanked him and deliberately left my skirt unadjusted.

They glanced at each other and then ordered another drink. I suggested we all have dinner at a well-known restaurant, not because it was good but because it was just a couple of miles from my house.

I wasn’t surprised when Tony wanted the three of us to go there together in his convertible. I squirmed into the middle between them, practically sitting on top of the gearshift. The seat was low but I managed to get settled occasionally letting my skirt ride up. And every time Tony shifted gears, we became even friendlier!

Tony put the top down and the powerful car roared down the highway, my hair blowing and my skirt flapping enough to expose most of my pantyhose. I felt wonderful, unconfined and unfettered. When Tony put his hand on my knee, I pretended not to notice.

We arrived at the restaurant, got comfortable and I enjoyed my meal the best way possible—with good company and good wine. A friendly waitress gave us excellent service and bright conversation. I asked her if there were any drive-in theaters in the region and with a knowing smile, she said there was only one left in the county—on the outskirts of town—and mentioned that it showed cheesy Seventies porn in a last-ditch effort to stay open. She recommended it highly. Justin asked why I wanted to go to a drive-in and I said I didn’t have a good poker face. He laughed out loud and got another bottle of wine.

We arrived at the drive-in shortly after dark. Tony put the convertible top back up and we settled in, pretending to each other that we were interested in seeing the movie until Justin left to get us some a bag of popcorn.

As soon as he left, Tony asked if I was ready to go through with this and I replied, “We’ll soon find out, won’t we?”

With that he put his arm around me and I received a very tentative first kiss. He whispered, “I’ve been wanting to do that for a long time.”

I asked, “What else have you been wanting to do to me?” We laughed and kissed again, that time with a little more passion. We were both nervous but I noted that he had a hard-on and I was wet. For a brief moment, I wished that Justin wasn’t coming back.

Justin arrived with the popcorn and some paper cups for our wine. As darkness set in, I could see some of the couples in the cars around us. Our car had dark-tinted glass, which provided a little bit of privacy. Tony kissed me again, maybe to demonstrate to Justin that he could. Of course Justin demanded equal opportunity and I complied with an immodest, sexy kiss that set the tempo for the rest of the evening.

Soon enough that meant having these two men get things going by removing my expensive silk blouse. Tony then spun me around to remove my bra while Justin discovered that my pantyhose were a barrier that prevented him from touching my pussy. I knew they wouldn’t stay there long.

I dropped one hand to Tony’s crotch, then the other to Justin’s and spurred them on by squeezing their cocks. Tony opened his pants and placed my fingers around his dick. Of course Justin had to go Tony one better, so he removed his pants and his shorts and placed my open, willing hand back on his dick. By then I was out of my mind with lust and ready for anything. I kicked off my shoes and with Justin’s help squirmed out of my pantyhose. My skirt was the only thing between complete nakedness, and me but Tony took care of that.

I checked the neighbor’s cars before leaning down to closely examine Tony’s cock. I’d actually seen very few cocks at that point of my life and never imagined I’d see one that big. Justin nudged me to see his dick too, then pressed my head down until his cock was in my mouth.

I left Justin’s dick to answer Tony’s plea that I give him a turn in my mouth. It soon became obvious that the crowded conditions in the front seat limited our choices for comfortable sexual positions. But Tony had the answer for that soon enough and reached down for the lever that laid both seats back down, giving us space a little bigger than a twin bed, although not quite as comfortable.

I continued to stare at Tony’s cock until he firmly eased himself into my mouth. Justin twisted around so he could get his tongue into my pussy I’d never felt so out of control! My body reflected that powerful passion by shaking violently in one great big giant orgasmic spasm. After taking a few minutes to recover, I noticed briefly that the couples in the next cars had been looking at us. That just got me even hotter.

When I asked the boys what they had in store next Tony reached in the glove box for a tube and Justin said, “It’s time for us to make a Tracy sandwich.”

I made up my mind that Justin would be the one to fuck me in the ass so I sucked Tony first, bouncing his big balls in my hand until he seemed almost ready to explode.

I returned to Justin and brought him to a high point then shrewdly spread some of the KY on his dick. Tony took the tube and worked a gob into my asshole.

He said, “You can’t be too careful. I promise we’ll take it easy.”

I told him, “That would take the fun out of being fucked in the ass!”

The guys both looked at each other a laughed. After Justin licked my asshole and tongue-fucked my pussy, they told me to kiss Tony’s big dick one more time. Then they told me to straddle him and ease his cock into my twat.

As soon as I appeared to be comfortable, Justin inserted a finger into my ass, then two, then after pushing my head and shoulders all the way forward so my tits were up against Tony’s face, he started to put his greasy dick into my asshole.

He went carefully until I felt him all the way in my bowel. At that moment I knew I was in for some of the most intense sex I’d ever experienced.

With tears streaming down my face, I shouted, “I love this! Fuck me good and don’t stop! Don’t you dare quit! Please make this last!”

One by one we all came and got a thumbs-up from the naked couples in the other cars. Another round of wine and hard-on’s, the guys switched places and fucked me again.

This time however, some guy walked up to the car window and started jerking off. Justin and Tony started laughing and joking saying, “That other’s would like to get a piece of the action. Maybe we could get a few bucks for blowjob’s?’

When my husband saw me he knew our new marital adventures had finally begun in earnest. And as I told him all the details, he proceeded to bend me over and fuck my ass as well. It wasn’t a week later, that my husband and his best friend took me to watch another movie at the drive in.

Now that we’ve started we can never go back to just each other. It will never be the same. I’ve learned lots of new ways to please him but the drive-in will always be reserved in my mind as a special place. 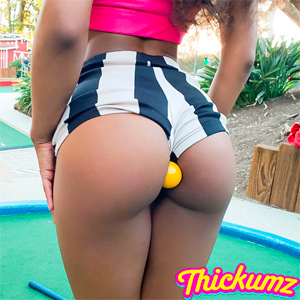