Zoey slowed her car to crawl as she checked the house numbers as she slowly rolled down the quiet shaded street. “Let me see now,” she muttered under her breath, “115, 121, 127, ahhhhhhh, here we are, 133!” She parked her car in a under the shade of a large oak tree, and after checking to make sure that she had everything in her black attache case she headed up the front walk to the large colonial house that stood proudly amongst the large stand of trees surrounding the property. She checked one last time the name on the order form and rang the bell and waited. A few moments later a pretty red haired pregnant lady of about thirty or so answered the door and invited her inside. “You must be Zoey,” she said with a smile while extending her hand. “And you must be Mrs. Gordon,” Zoey replied while setting down her brief case. “Call me Lisa,” the rotund woman answered while ushering Zoey into the large well appointed living room, “please, have a seat.” Zoey picked out a large plush easy chair and plopped herself down while Lisa did the same on the long sofa. “I was a little reluctant to call your company,” Lisa began, “but it’s gotten to the point where I just need some help!” Zoey smiled her radiant smile and replied gently, “Well, it’s good that you called us, that’s what we’re here for!” “How long have you been with the company?” Lisa asked. “I’m a senior at State U.,” Zoey replied, “this is just a summer job, but I certainly enjoy it, so what do you say we get down to business.”
“So, what exactly is it you want me to do?” Zoey asked softly. “Well, uh, you see it’s like this,” Lisa stammered. “My husband is a very busy man, and since I became pregnant…….” “Since you became pregnant,” Zoey interjected, “he’s become shall we say less attentive to your needs.” “That’s exactly right,” a grateful Lisa replied. “Do you think you can help me?” Of course I can,” the young woman replied, “that’s what I’m here for, so if you don’t mind I’d like you to remove all of your clothing!” “Y-you mean right here?” Lisa asked nervously. “Why not?” Zoey asked. “Are you expecting someone else?” “Er, no,” a red faced Lisa replied, “I guess not.” “Okay then, let’s get started,” Zoey ordered. Lisa struggled to her feet and began removing her clothing. When she was finally naked she revealed a pair of huge breasts that rested on her distended belly, which in turn hung over a crotch full of fiery red pubic hair. Zoey crossed the room and ran her delicate hands all over Lisa’s lush body, taking extra time to examine her huge boobs. Right away Zoey could see that the first thing that needed to be done was to ease the pressure in Lisa’s incredibly engorged breasts via the use of a breast pump. “Please sit down,” Zoey said while fishing the pump out of her bag, “this should make you feel better right away!”

After the hoses where firmly attached to Lisa’s turgid nipples Zoey flipped on the pump. Almost instantly the milk began surging through the hoses and into the collection bottle. “Oh, my” Lisa sighed, “that feels so nice, you can’t believe how heavy they feel.” Zoey sat down on the couch next to Lisa and while gently caressing her round tummy asked, “How may months are you along now?” “Ohhhhhh, about seven and a half,” the overly ripe woman replied. “You look very beautiful,” Zoey commented. “When’s the last time you and your husband made love?” “Over two months ago,” Lisa replied sadly while tears welled up in her eyes, “I don’t think he loves me anymore!” “I’m sure that the pregnancy has thrown him off his game,” Zoey replied, “now just relax and let Zoey take care of everything!”

“So that feels good, huh?” Zoey asked softly. Lisa was barely coherent, but she managed to nod her head in the affirmative as a small river of drool ran out of the corner of her mouth! Zoey continued to push the thick little invader in and out of Lisa’s pussy, and just as the passion was building to a crescendo pitch Zoey whispered into the panting woman’s ear, “Do you remember the day you got pregnant?” With her head spinning like a top, the poor woman could hardly comprehend a thing Zoey was saying and stammered, “W-what did you say?!?” “I just ask if you could remember the time when you hubby made you pregnant?” Lisa made and audible gulp as the suction on her nipples and the humming in her pussy drove her ever so close to the edge, but after giving it a moment’s thought replied, “Y-essssss, I remember, it was after a party, Dan took me right inside of the entry way, we never even made it to the bedroom!” 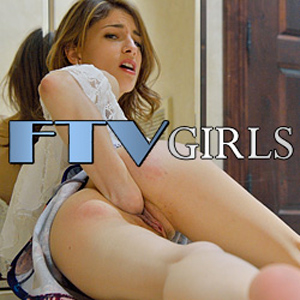